Harry S Truman was an enthusiastic Missouri Freemason, and served as the Grand Master of that state in 1940-41. Coincidentally, he was a 33° Scottish Rite Freemason, and also 33rd president of the U.S. This is usually when we cue the spooky music. He had been Franklin Delano Roosevelt’s Vice-President, and succeeded him in 1945 when FDR died in office. He was officially elected in 1948 and served as president until 1953. 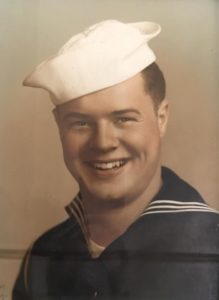 In October 1948, Truman was campaigning and traveling the Midwest by train, speaking in small and large towns. On October 15th, he stopped in Hammond, Logansport and Kokomo, on his way south towards Indianapolis. In Kokomo, he spotted a young man in the crowd dressed in his white Navy uniform and recognized him as Donald Earl Bauermeister (Pharmacist Mate 3rd Class). At that time, Bauermeister served in Washington D.C. as Truman’s physical therapist aboard the presidential yacht, Williamsburg, but was on leave back home in Indiana visiting his family. He was also on his way down to Indianapolis with his father later that same night to receive his Master Mason degree. It wasn’t entirely by chance – Truman had heard of the young man’s Masonic degree ahead of time, wanted to visit since he was going to be in Indiana, and told the sailor to wear his whites so he could be spotted in the crowd “spontaneously.” But the President apparently hadn’t told anyone else about it. He invited the Bauermeisters aboard the train, and suddenly informed his staff that he wanted to attend the degree himself that night, and that he wanted no publicity about it. The Secret Service went into a huddle, and the whole staff went briefly berserk.

In Indianapolis, Truman later spoke at a Democratic fundraiser at the Athletic Club, then went across the street for a public speech at the War Memorial. The speech ended, the President was hustled into a car at the back of the procession, the whole lineup drove to Union Station, and reporters saw a man in a coat, surrounded by Secret Service agents, get out and go back up to the Presidential train for the night. Meanwhile, Truman and a handful of agents were in another car and they drove down to Beech Grove Lodge 694 for the second section of Bauermeister’s MM degree. Between the railroad workers’ grapevine all afternoon, and the Secret Service showing up earlier to inspect the place ahead of time, word had gotten out. There were 1,000 people outside of the lodge to greet him, and 122 Masons showed up for the degree. So much for secrecy. 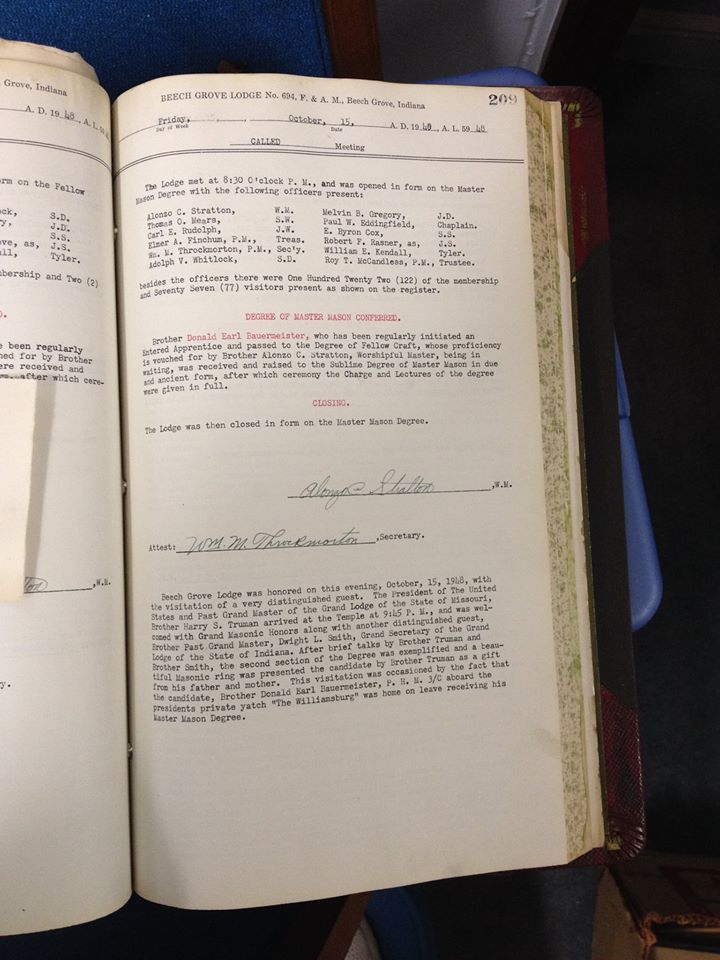 That evening, Truman was asked how he wished to be introduced to the members of the lodge, and he said simply as the Past Grand Master of Missouri. The Secret Service agents were blocked from entering by the nervous Tyler, but Truman told to them wait outside, assuring them he was in the safest place on Earth. When the degree ended, Truman personally presented Don Bauermeister with a Masonic ring that his parents had bought for the occasion, and asked if he could keep the apron the lodge had loaned him for the night as a memento of the occasion.

Brother Donald Bauermeister served as Harry Truman’s personal physical therapist between 1947-49. After his discharge from the Navy, he went on to become a dentist, settled down in Indiana, and raised a family. He passed away on August 5, 1994. 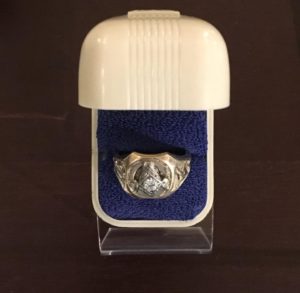 As part of the Bicentennial celebration of the Grand Lodge for 2018, Don’s daughter Tamara graciously permitted the Masonic Library and Museum of Indiana to display the Masonic ring given to him that night of October 15, 1948 in Beech Grove Lodge 694 by his boss, the President and Commander in Chief, who had just become his Brother.